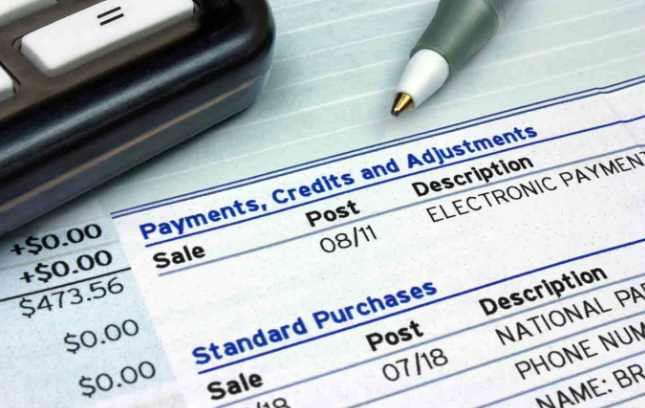 Making just the minimum payment means a consumer will take much longer to pay off the debt, and pay much more in interest. That’s something for shoppers to bear in mind as they charge gifts on their credit cards this holiday season.

Almost a third of credit card borrowers make payments at or near the monthly minimum amount, according to the study, published on the National Bureau of Economic Research website.

“Most people should try to pay it down much more rapidly,” said Benjamin Keys, an economist at the Wharton School of the University of Pennsylvania and an author of the study. The researchers examined millions of general credit card accounts — a quarter of the credit card market in the United States — over a roughly five-year period ending in 2013.

Some people simply may not have the money available to pay down their balance faster. But 9 to 20 percent of consumers could afford to pay more, yet don’t because they are highly sensitive to the minimum payment amount, the research found.

Even consumers who do pay more than the minimum use it as a benchmark, paying, say, the minimum amount plus $10. And borrowers adjust their extra payments upward when cardholders raise the minimum amount, indicating those people could have been paying more anyway.

“They use the minimum payment as a guide, or anchor,” Professor Keys said. That may be because cardholders have a strong incentive to make the minimum payment to avoid fees and high penalty rates. Or it could simply be that the minimum payment is often the most prominent number on their bill, he said. Some people may pay it out of habit — they are used to paying the amount billed on other types of debt, so follow suit with credit cards.

The power of the minimum payment persisted, the study found, even after the addition of an alternative payment comparison included on most credit card statements, as a requirement of the 2009 Credit CARD Act. The disclosure shows the payment necessary to pay off the balance in three years, and the interest saved by doing so. But less than 1 percent of accounts adopted the new payment, the study found.

Minimum payments vary by issuer, he said, and have dwindled over time. In the 1970s, the average minimum payment was 5 percent of the card balance, and is now 2 percent.

Lower minimum payments offer borrowers the flexibility to pay less if they run into financial trouble. But the trade-off is that consumers may remain in debt for longer, and pay more in interest.

Here are some questions and answers about credit card debt:

How can I avoid running up credit card debt?

With credit cards, there is no fixed path to paying off the debt in a timely manner. You can pay what you want, as long as it’s the minimum. “Unlike with other debt, you’re not offered any guide,” Professor Keys said. So he suggests that if they can, consumers should make their own plan to pay off their balance with “a series of substantial payments,” rather than merely paying the required minimum.

What about minimum payments on store credit cards?

Store cards — those carrying a specific retailer’s brand — are often tempting because retailers typically offer a discount on your initial purchase when you open an account. But interest rates are usually much higher than a general-purpose credit card. CreditCards.com in October published an analysis of cards from more than three dozen retailers that found store cards were charging record-high rates. The average store card charges an interest rate of about 24 percent, much higher than the national average of 15 percent for all credit cards.

Given the high rates, most consumers should avoid store cards unless they are certain they can pay off their balance each month, said Matt Schulz, the site’s senior card analyst.

Where can I get help with managing credit card debt?

Although credit card balances have been rising steadily since the recession, delinquencies have remained relatively low, suggesting consumers are handling the debt well for now. But that could change if economic conditions sour.

Consumer credit counseling agencies can offer advice, often at low cost, for people who have let their card debt get out of hand. You can search for a local agency on the National Foundation for Credit Counseling’s website.

The Federal Trade Commission encourages consumers to ask for details of any fees before agreeing to debt counseling, and to check with your state attorney general’s office to make sure the organization is legitimate.

A version of this article appears in print on November 12, 2016, on page B4 of the New York edition with the headline: Sticking With Minimum Due, Even if You Can Pay More. AirPlus and Airbnb to Integrate Booking and Payment Solution